JEAN-CLAUDE TRICHED: BITCOIN IS NOT REAL

Bitcoin is the bankers’ most discussed topic these days. Sparked by Facebook’s master plan to create their own cryptocurrency – Libra, and the many conversations about legislation procedures, cryptocurrency will be here to stay for longer than anticipated.

“I am strongly against bitcoin, and I think we are a little complacent. […] Bitcoin itself is not real, with the characteristiscs tha ta currency must have.“

According to Trached, cryptocurrency speculation and bitcoin in general must be considered “not healthy”.

“Even if [the cryptocurrency] is supposed to be based on underlying assets, I am observing a lot of speculation. It is not healthy,” Trichet said, adding buying a cryptocurrency is “in many respects pure speculation.”

Although expected to skyrocket its growth, cryptocurrency adoption is still not considered massive. With lack of regulations across different jurisdictions, to a total ban over cryptocurrency, there’s a polar field of opinions that promises a lot more discussions in the future. 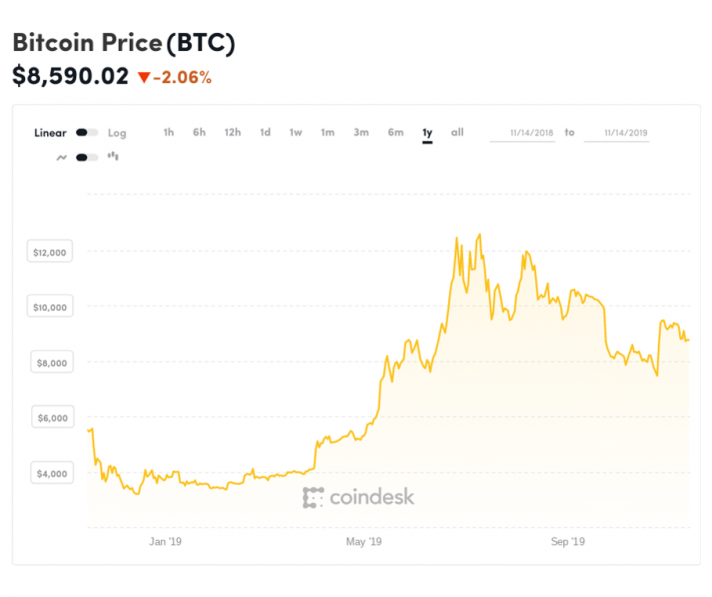 Last month’s Bitcoin sudden rally is a result of China’s President Xi Jinping comments about Bitcoin, considering the country should “seize the opportunity” of the blockchain technology.

Jean-Claude Triched’s comments come after ECB president Christine Lagarde warned that crypto is shaking the system earlier this year. This alone can be considered a potential red flag for chage in the ECB’s approach to crypto, bitcoin and its potential adoption.

Lagarde has been criticized for a recent comment of hers, later translated by twitter users as slavery propaganda.

The old mantra to make the tax slaves think they would be jobless without the government protecting them. Propaganda doesn’t work when you’re enlightened by Bitcoin.

Bitcoin.com remarks that according to statistics, 16,9% of the EU citizens are currently living with high risk of poverty. Many residents are listed as employed, although that stat doesn’t serve its purpose. There are still many people only working a few hours a week and barely making ends meet, although still appear in the general category of employed residents.
.

We are absolutely thrilled to announce that a new slot provider has been added in our lobby – Friends Play. It’s a new company currently offering a selection of slots, predominantly eastern themed. Hopefully we’ll see even more titles from this provider and you will have great times winning at their games!

Back to Venus – a new BetSoft Slot!

Apr 29, 2020 We are always very excited to present you new amazing slots by some of the most renown providers out there and that is why we would love to bring your attention to “Back to Venus” which was just added in the Slots section of VIPCoinCasino.com. This is a charming 5 reel, 20 […]